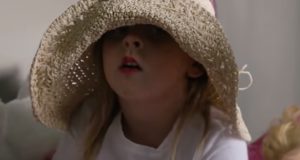 First, Leah. Addie is going to kindergarten! She’s a little scared, but when the twins try to prep her for it, she’s totally not into it. Leah’s busy with her boyfriend Jason, talking about how she just hopes Addie doesn’t trip the teacher this year. Ali is getting a new aide, which is good for her. Leah says she’s overwhelmed with what she doesn’t know. As a parent, she wants to do everything she can for her.

Chelsea is moving into her new house with Cole, and they’re talking about all the Adam drama. “It just pisses me off that Aubree has to go through this when she doesn’t have to,” Cole states.

Now, Jenelle. Babs chats with Jace about how she’s getting along well with his mom, and how they can maybe have a holiday together. Jace doesn’t seem too interested. Speaking of, his dad, Andrew, finally makes contact after like… nine years. Supposedly Andrew is sad that Jace doesn’t know about Andrew’s family. “I don’t think it’s a good thing or not,” Jenelle says. 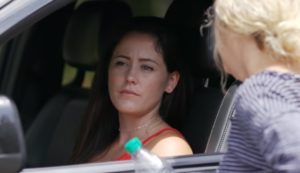 Jenelle admits that Jace only asked about his dad when he was really little, noting he was never at his birthday parties. She admits her own father was in and out of her life, and she doesn’t want Jace to go through the same thing. Hey, it’s the first scene I’ve liked Jenelle in since like, 2015!

Now it’s Kail’s moment in the spotlight. She has a lot of canvas photos. The end.

Briana talks about Stella’s absentee father, Luis. He’s financially done nothing, and Stella is already one. Devoin, Nova’s dad, stops over and Briana — in a mood to question her baby daddies, apparently — asks him to be more responsible. Now that he’s working, she can always call him and ask him. He says he’ll be at Stella’s birthday party for sure. Which is nice, since Luis will NOT.

Now, another Leah segment! The twins are excited about entering third grade. They give Addie a kiss as they get dropped off with Corey. He’s got a full beard, and seems oddly cold?

But he’s better than Andrew, for sure. Jenelle is back on her park bench with Barb to talk about it. In fact, this might be the same scene as last week. (Yep! It was my featured image.) Babs says she doesn’t need any more stress with Jace with Andrew around. She agrees to talk to him, as Jenelle refuses. They FaceTime, and Andrew thinks it’s important for them to see each other.

“I have a union job,” Andrew says. He says the only reason why Jace never saw him before is because nobody let him? He says he stopped drinking and is a better man now. Babs says she might want to meet him alone in New York first, to see for herself.

Aubree and Randy are at the gym, and Aubree admits the visit with Adam didn’t happen. “He’s never been good at keeping schedules,” he admits. He says the no-show doesn’t mean he doesn’t love Aubree. It’s a sweet talk. A++++, Papa Randy.

Kail drops the older kids off at Javi’s place, where they have a fun time with Javi’s new babymama Lauren. There’s a lot of bike riding and fun-having. Man.  They don’t have good Kail footage this episode.

Briana meets with a friend named Shirley, who gets all the gossip about Devoin and Luis.

Ali and Aleeah (“Gracie”) have a nice lunch with their dad and talk about their goals for school. Gracie prefers class without her twin by her side, and they’re both repulsed when he asks them about boyfriends. Since we all saw them being born, I hope I never have to see them with a boyfriend. We’re all secondary mothers here!

Briana actually rented a house for Stella’s birthday celebration, meaning that for the first time, she can have like… five people over. Turns out, Luis is DJing at a club so he probably won’t be there. Brittany wants to crack a bottle over his head. Oh, Brittany.

Now, back to Jenelle and Babs talking outside. This is still from the first episode, unless they don’t change clothes. Jenelle feels he may be hiding his drinking, and Babs tries to tell her it’d be a short-term thing at first. Like, maybe a lunch. They both agree that he doesn’t need to know. Jenelle admits she hated Andrew “so bad” and that it was an abusive relationship. The one she’s in now is also this, by the way.

Addie looks absolutely exhausted eating her cereal, where she’ll meet up with Corey and the girls. “I’m ready for kindergarten!” Addie yells. Leah bring Ali’s wheelchair along, but supposedly they can’t take it on the bus — even though it’s a lift bus. “So freaking sick of this,” Leah states. She’s taking the wheelchair to the school, and is rightfully pissed about Ali not getting the treatment she deserves.

Next, Javi and Lauren walk and blegh, whatever. They talk about Kail not knowing Lauren, and Lauren being “here for good.” I’m sure Kail felt that way too at some point, Lauren.

Meanwhile, Lincoln tells Kail how he doesn’t have a stepdad. But he can’t, since in his mind, boys and girls only married once. Ouch. Kail says maybe he’ll have a stepdad if things work out with Lux’s dad, or if she meets someone new.

Meanwhile, Stella’s birthday is cute. Babies and cake =ultimate win, even if that baby’s father happens to not give a crap.