Previously on This Is Us, Kevin realized he knew nothing about Jack’s time at war. So, that’s what this episode is all about. Jack gets out of a helicopter with an envelope crumpled in his pocket. He’s dropped off and lead in a direction, and listen, this honestly looks like very similar footage from Operation Dumbo Drop. Fingers crossed that the crew of This Is Us didn’t base their idea of war around that movie. The only pro is that an elephant would probably lighten the mood around whatever the hell happened to Jack’s brother. 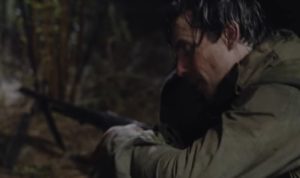 Midnight tonight, Jack’s buddy only has 90 more days at war, and he’s especially happy about the countdown. He’s got plans! He hides down with a guy named Squirrel who has a homemade popper. “Don’t blow it,” Jack says. You guys, I’ll be honest. Aside from Operation Dumbo Drop, I know nothing about war. So, this might be a particularly hard one to recap.

Anywhoo, gunfire is exchanged and explosions go off. One, in particular, catches everyone off guard. Of course, Jack’s initial countdown buddy, who might be named Don, gets shot and starts freaking out. Turns out, his whole foot gets shot off. Jack calls for Murphy while trying to care for him. Don, meanwhile, want to hold onto his foot while crying. While his sports dreams are done for, at least he doesn’t have to wait 90 days anymore.

Don asks Jack if he’s ever tired of pretending he’s not scared. Because again, even in war, Jack is a perfect man. Don holds Jack’s face, and a flash forward makes it obvious that Jack treats Randall with that same embrace.

Jack asks a helicopter guy how often he restocks with supplies, and he responds that it’s every three or four days. Jack then states he might need a ride at some point for important government stuff. Cut to, war men having fun splashing each other in the river. Since war isn’t just guns, it’s also lake fights!

Jack, who’s a sergeant, by the way, wakes up the troops and reminds them that they’re not on vacation. But he still brings them a lot of fun treats in the crate. They can celebrate after all their work is done. Jack finds out that his brother is in a bit of trouble. He wants to know if he can go on a supply chopper to visit. He’s reminded that there’s a war going on.

“I am asking you for 24 hours to see my brother,” Jack pleads to his C.O. But unfortunately, they’re already down two men and the squad they have left isn’t bringing any confidence. Jack gets on the chopper anyway. Because, screw authority.

Fourteen months earlier, Jack’s mom is brought the mail. In it, the envelope that was shoved in Jack’s pocket, if not one that looks eerily similar. It must be from his brother, Nick. Jack is still at home at this point. .He walks in to see his mom sitting sad, and in the dark. Jack goes over to the table and reads the letter. “I got Article 15ed,” the letter read. “I’m not getting out of here alive, I know that.” He says he’s in the midst of a hell on earth experience, and that he just hopes to see them all again. Jack looks at a picture of the two of them from back in the day, along with Nick’s possessions.

While getting his physical, Jack tells his family doctor that Nicky wanted to be a doctor back in the day. “I got a cold, and he’d try to figure out the perfect combo of OJ or soup to make me feel better,” Jack stated. “I want to enlist, doc.” The one issue? He has an irregular heartbeat, so it’s not recommended.

Even so, Jack says that even if he can’t get to him, or do anything for him, he still needs to be there for him. His only job is to take care of him. His doctor advises that he does a few pushups before going in to enlist since that might make the meds forget about the heartbeat. But based on the severity of the war, and his eagerness to enlist, the doc jokes that they might want to check his brain instead. By the way, that heart defect makes his eventual death a little sadder. It’s all coming together now! We can stop blaming the Crock Pot.

And now, one year earlier. Jack is fixing up cars with Nicky by his side. He tells him not to worry about the draft, but well — we all know what happens there. They watch updates while smoking and drinking at the bar. Nicky is drinking too fast, knowing what might happen. The random selection sequence starts for 1970. September 14th, April 24th, December 30th, February 14th, and October 18th are called. The latter is Nicky’s number. Jack tells him he knows someone in Canada that might be able to help him out. “It’s going to be okay,” he says.

The two go home, and Jack’s father looks Nicky right in the eyes. “Make me proud, son,” he says.

Before  Nicky leaves with Jack for a “hunting trip,” the two of them have a heart to heart, with Nicky saying he heard he might be able to become a medic. “Medics get shot too,” Jack responds.

Even though they were going to cross the border in the morning, Jack wakes up to a note from Nicky saying that it was time for him to become Superman. Meaning, he was going through with this.

Flashback to Jack and Nicky even younger. After getting hit by a football, Jack says he’ll take the blame if his dad gets mad about his bent glasses. Jack goes on to tell Nicky that his glasses are amazing since Superman wears them. But he does so as Clark Kent, “CK,” who nobody knows is Superman just yet. Listen, Jack is great, but. No way a 9-year-old can be that kind and insightful. 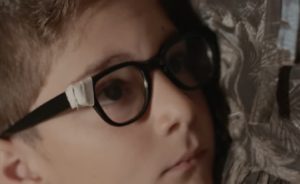 The boys wake up to hear their parents fighting. While Nicky tries to break it up, their dad looks like he might give him a beating for getting in the way. Then Jack steps up, their father gives up, stating that the three of them deserve each other. Their mom embraces them, telling them that their dad never used to be this way.

Flashback to October 18th, when Nicky was born. Supposedly the 19th is his grandfather’s birthday.  Speaking of, he’s in the waiting room with Jack. Jack’s grandfather steps in and asks about names. “Nick if it’s a boy, Noreen if it’s a girl,” he says happily. He admits to Jack that he’s hoping it’s another little boy. Grandpa offers Jack’s father alcohol. “You know I don’t drink,” he happy states. And, well, that’s where it all went wrong.

The Most Depressing Scene Of The Entire Episode

Mr.  Pearson takes young Jack to see all the babies. “That guy, right there. That’s your little brother,” he says. “Now remember. Big brothers look out for their little brothers. It’s their only job. It’s the only thing that matters.” He points out how every little baby in there has the same birthday as him, meaning that all those boy babies went to war, and dear god, that’s the saddest fucking thing ever.

Anyway, back to the war. Jack meets up with Nicky, and Nicky looks… broken. But something about knowing they reconnected means everything. (Also, FYI, no elephants appear. Bummer!)