Welcome back to Teen Mom 2! Briana is chatting up her “friend” John about the possibility of a second date. She’s trying to get him to visit Florida, which is a big ask. They’re going on a camping trip and he finally says he’ll go. Even though he has like, no survival skills. I also think he may be Facetiming while driving? Be better, Teen Mom cast members.

Briana says she’s not sure what they are, and it seems like she’s had this problem in her last, say, three relationships. And what’s her obsession with long distance? 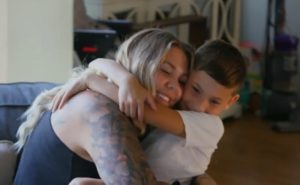 Isaac is starting third grade tomorrow, which, whoa. Isaac can’t believe it either. Kail says it’s nice that he already met his teacher, and it’s going to be a good day. Isaac is like, “good day for you, since you can do whatever you want for seven hours!” forgetting that he has siblings.

For the second episode, Kail is wearing her “University of Motherhood” shirt. Girl, that’s so dorky. You went to college. I like you, I do, but y’all got to cool it with this mom-wear and just wear TTM like everyone else.

Leah comes home to find her house flooded. The water was off, came back on, and there was a leak. Things got moldy quickly, and there’s a ton of damage. There’s no way Leah can stay there. The twins are with Corey, and Addie is with her sister.

Chelsea is 38 weeks pregnant, and as she tells Aubree, “doesn’t fit inside me.” Chelsea’s birthday is also coming up pretty soon. She’s five centimeters dilated, and a “time bomb”. She hurts everywhere. Per the nurse, she’d be induced at 39 weeks if need be. 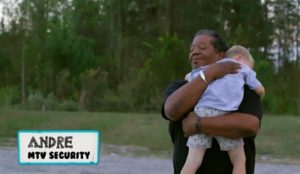 Jenelle is picking up Kaiser from Nathan, and Kaiser is all about giving Andre the bodyguard a hug. Andre is like, more fatherly than David. Just sayin’. “Dad said don’t say bad stuff about you,” Kaiser tells Jenelle. He already wants to be back with Nathan. “I might start crying for daddy,” poor sweet Kaiser states.

Supposedly Jenelle is really pissed at Barbara again for not giving back Jace, even though this has been an ongoing court issue. Barbara doesn’t even know if she’ll actually show up at Jace’s soccer game. Per Babs, she’s pissed that David was fired and now people are calling her out based on that freaky 911 call.

Before camping, Briana’s mom gives her some sound advice on John. She also says she doesn’t want to meet him, because who knows how long he’ll last. Briana gets in the car with her friend Shirley, and the two quickly meet up with John. The car ride is weird in a high school way because people can’t talk about feelings on this show.

Kail chats with a security guard — as, they’re really important on this episode for some reason — and catches him up on the news with her sister. To recap, she’s pregnant, and now they need to work on their relationship, because of family.

Even though the twins will be with Corey due to the leak, it’s still Leah’s week — so, she took Ali to therapy. She meets Corey in a parking lot as per usual, and do the kid swap. Leah goes back to her wet home and meets up with Jason. As per usual, she’ll probably recap her whole day to him.

He helps her pull up carpet, and she’s all like, “I’ve had to do this on my own for so long! I loooove you.”

Chelsea Had A Little Layne

Now, Chelsea. It’s her birthday and she’s about to give birth. “You planned this. This is my birthday gift,” Chelsea jokes with Cole. And, she does it! She squeezes out a baby girl named Layne. 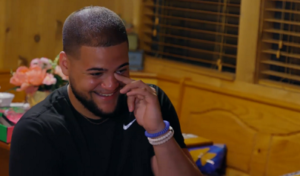 Briana just gets to the campsite and snooooooze. She thinks the cabin is “so cyoooot.” They go kayaking on their first real day. Shirley goes ahead and asks John what he thinks about kids. He says they can sometimes be annoying but are cool. That prompts Briana to talk about how crazy her daily schedule is. “My adult life is hard, because I do it by myself,” Briana states.

Now it’s time for Jace’s soccer game. Supposedly his team has been kicking ass and taking names. Babs talks to Larry, who works for the show, about the big game. And then Jenelle pulls up with David, which means the MTV crew has to go home.

Isaac seems to like his class, which is cool. After getting the news, Kail chats up her sister about the possibility of a baby shower. She’d absolutely love it for Kail to put a brunch together. “This is like, a big sister thing,” Kail says.

In the next scene, Leah’s roots are a lot better. She talks about how her relationship is good and different.

Briana asks John if he had fun, and he says he did. He wants to see her again. She’s the only person he’s talking to, and hopefully, they can find a solution. He kisses her hand in the car, so that’s promising.

Supposedly Jenelle freaked out at MTV after they left, and refused to film again. Babs tried to be polite to David and say the right things to him since she knows he could snap in a heartbeat. According to Barbara, Jenelle gets yelled at whenever she films without David. She even admits that Jenelle would be homeless without the show. “He’s keeping her like a prisoner,” Barbara says with tears. “Maybe if she loses everything, she could walk away from him.”

Hear that, Jenelle? We’re on your side.